skip to main | skip to sidebar

Proud To Be An American 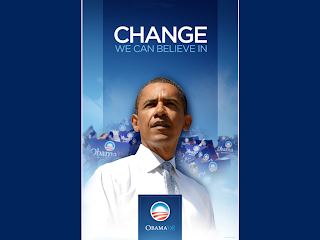 Today I am again proud to be an American. Our collective rejection of four more years of Bushlike Republican control of the Presidency makes me think that perhaps there is something to these Reagan comparisons people keep making: it really is a new day for America. Obama's message of change and hope resonated with a public tired of more of the same failed Neocon policies. I don't think he's perfect, but the Democrats ran a better race, had a better platform, and fielded better candidates -- and the best ticket won.

And while some claim that race was not an important issue, or should not be, I only partially agree. It wasn't why I voted for Obama. And race alone has no bearing on someone's qualifications for office. But I think that the historic choice of a "black" President is a real turning point in race relations in this country. This repudiation of racism is proof positive that the American experiment really does apply to people of all ethnicities, races and creeds. What this should say to anti-black racists is that African Americans are capable of great achievement, and what it should say to anti-white racists is that European Americans are not trying to hold-back or be "out to get" non-whites. Obama could not have won without white voters. Final demographics are not yet in, but the math is obvious, and to quote from an analysis of earlier polls: "Barack Obama is drawing more support from white voters than any Democratic presidential nominee since Jimmy Carter in 1976." These facts hopefully will lead to a real new day for relations between the races in our country.

Here's hoping that the next four (eight!) years of an Obama Presidency are as good for this country as this election has been.
Posted by LHOOQtius ov Borg

Read All About It