skip to main | skip to sidebar

The Anti-Gay-Marriage Amendment Debases All Californians

Many of my gay friends are posting this banner (or ones like it): 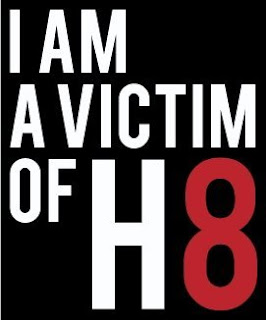 My own marriage is not threatened by Proposition 8, though as it is an interracial marriage, it only exists because Civil Rights activists of the past few generations fought a long, hard battle against one kind of prejudice. It's a shame that many of their constituents, having emerged from being victims of extreme prejudice, decided to use their vote to take away Civil Rights from and enforce prejudice upon another minority group. Homophobia (along with Islamophobia and Athiestophobia) is one of the last great "acceptable" prejudices in America.

The passage of Proposition 8 has done nothing whatsoever to protect traditional marriage, it has only served to enshrine prejudice in the California Constitution and bitterly divide the people of the state (after all, it is a very close vote). Proposition 8 not only fails to "protect" traditional marriage, as it was never under attack to begin with, but it makes marriage continue to be a privilege denied certain minorities, rather than a right shared by all. I feel that it therefore lessens marriage by retaining it as a discriminatory institution of majority privilege, serving to differentiate one segment of the population as a disenfranchised minority rather than being a universally available contract of commitment and responsibility between two adult individuals and the state.

I hope that in my lifetime the vestiges of this archaic pseudo-morality about homosexuality will crumble away, and people will focus on the parts of faith traditions that have positive, practical merit, such as: human fellowship, compassion, charity, and justice.
Posted by LHOOQtius ov Borg

Read All About It